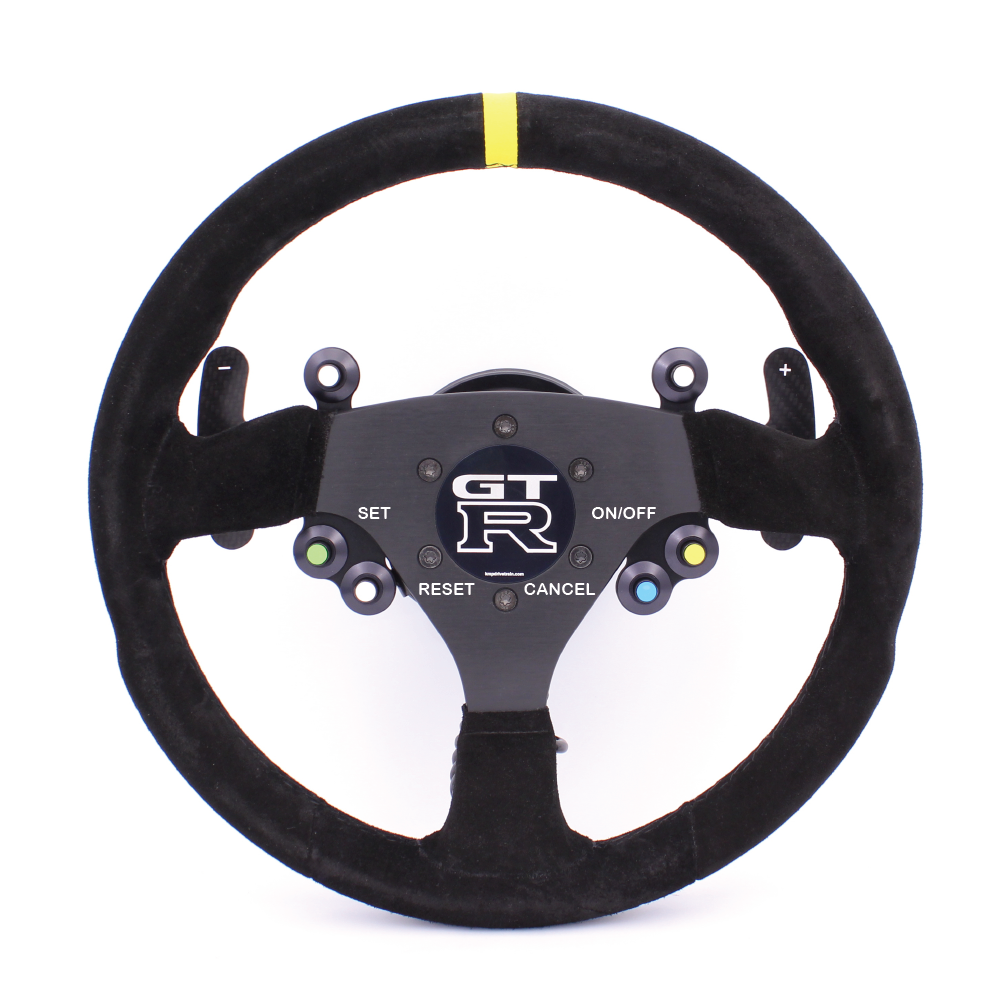 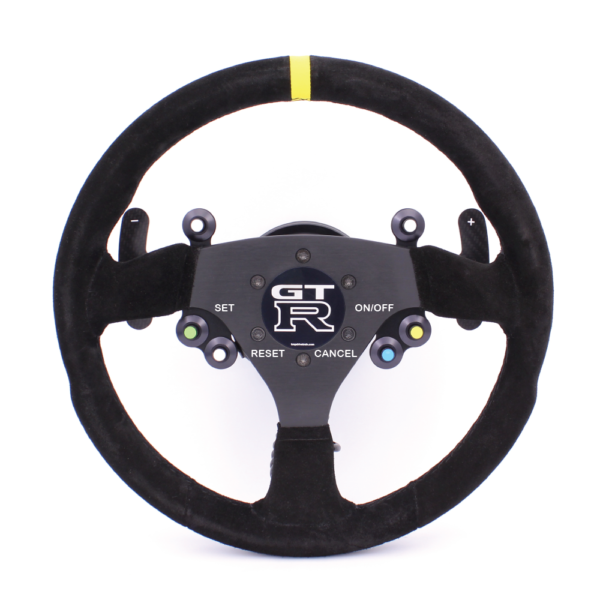 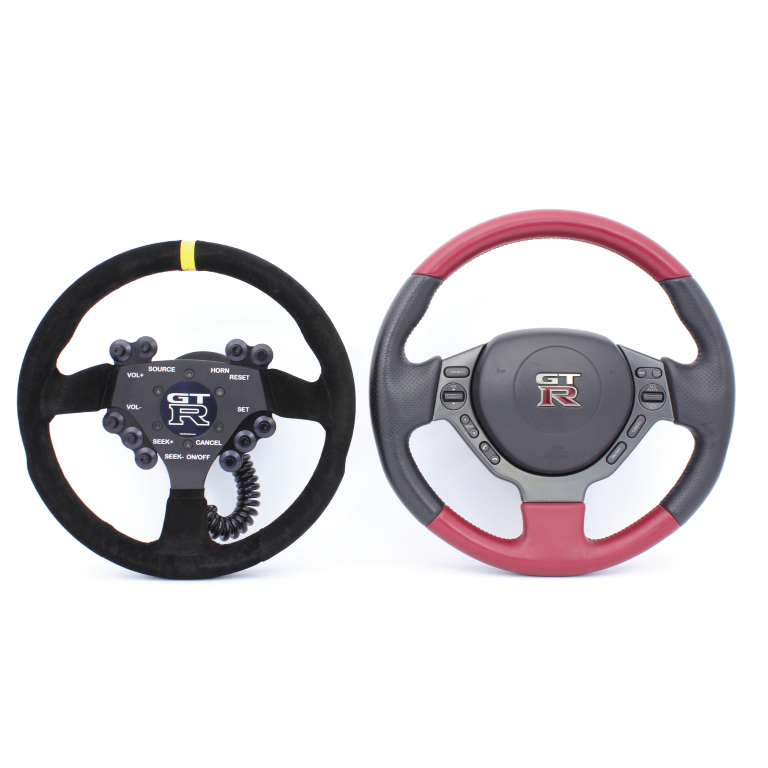 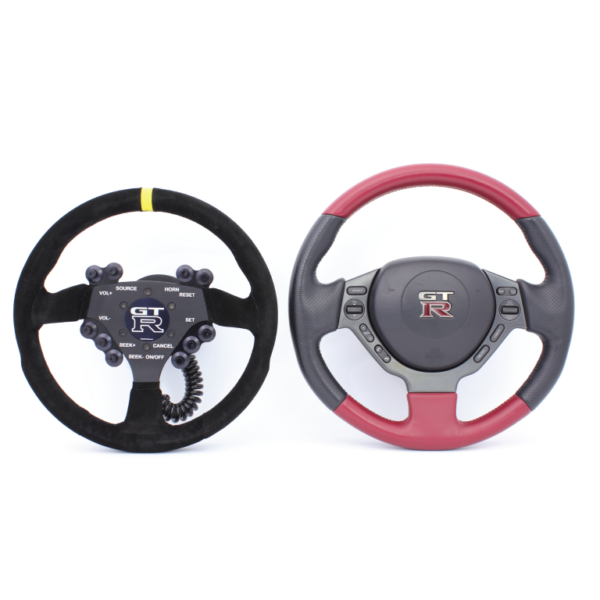 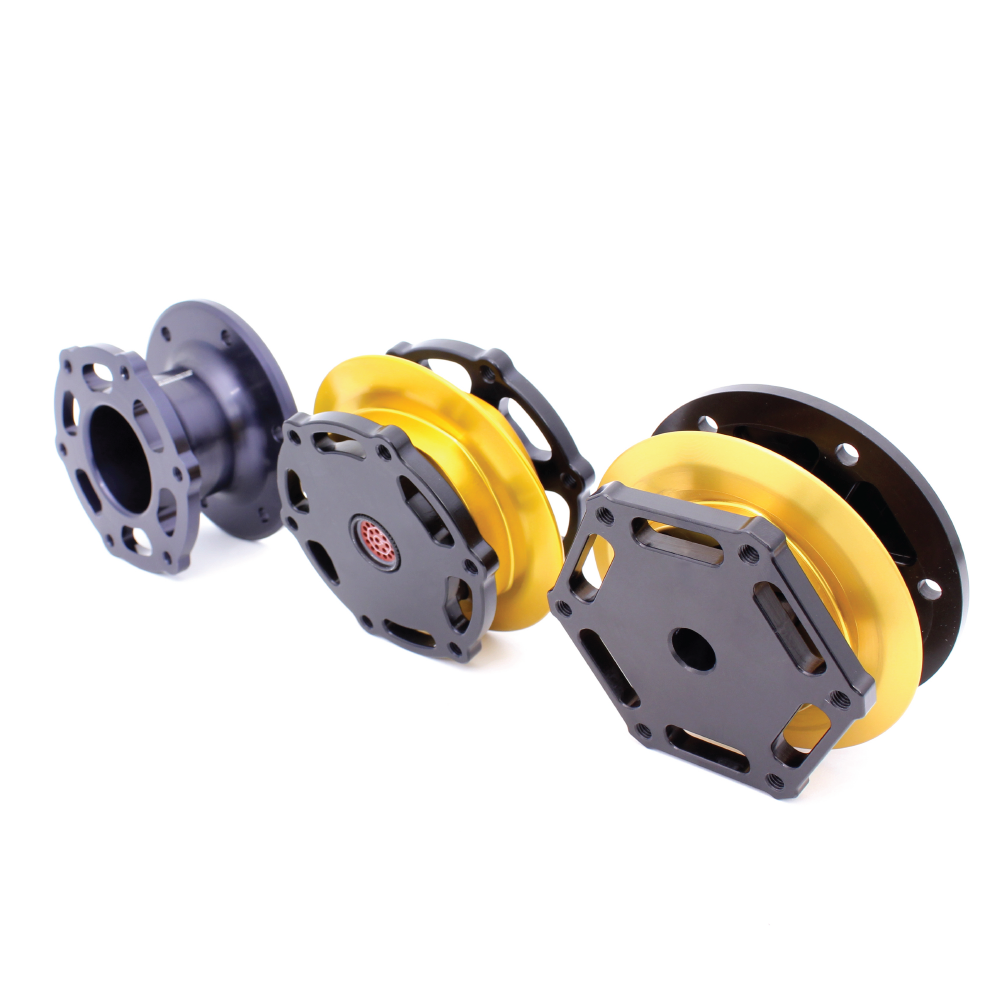 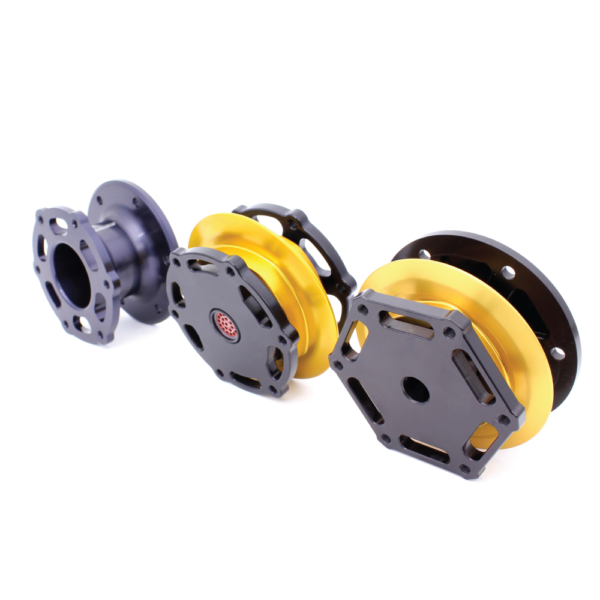 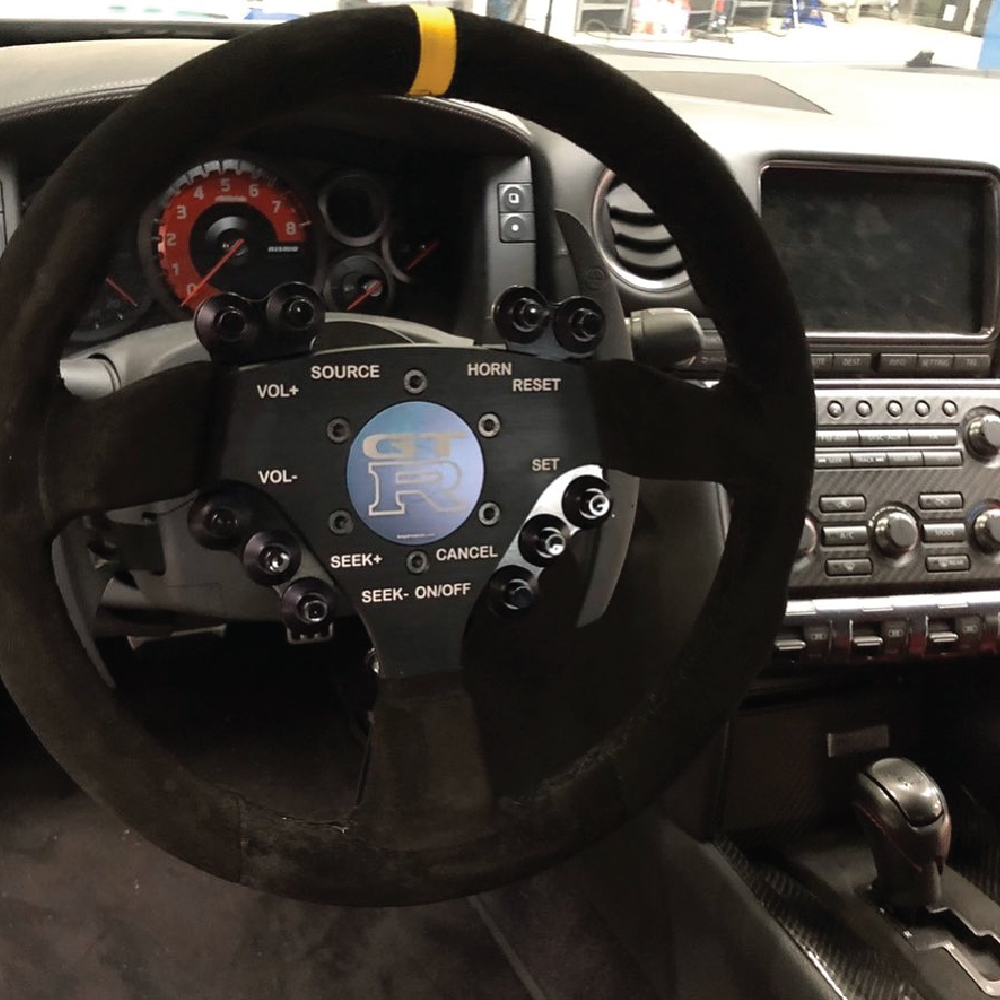 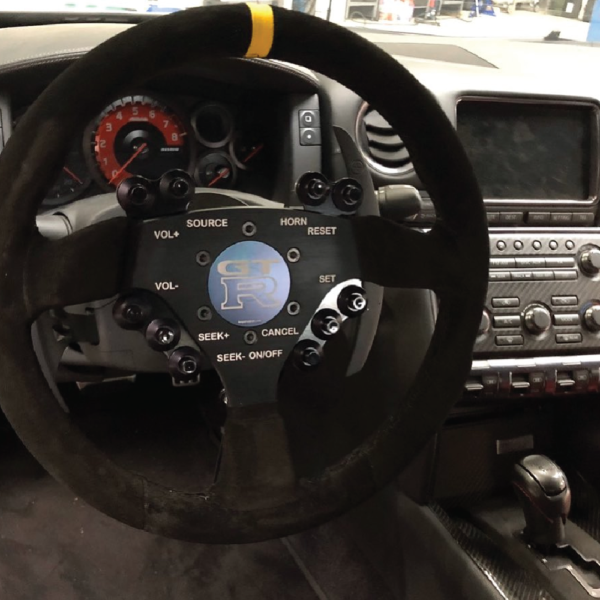 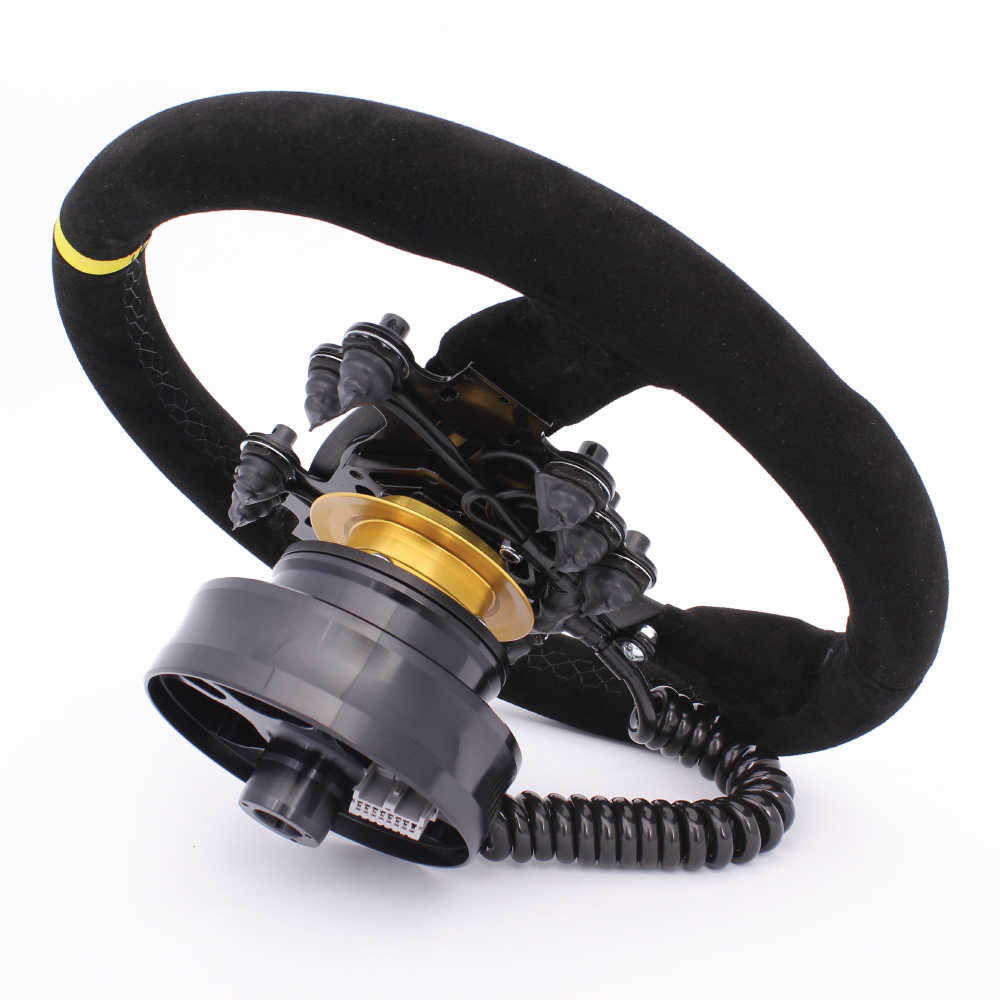 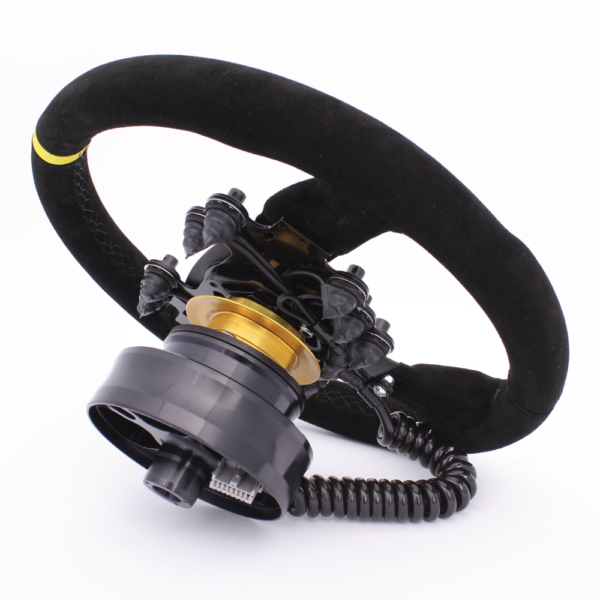 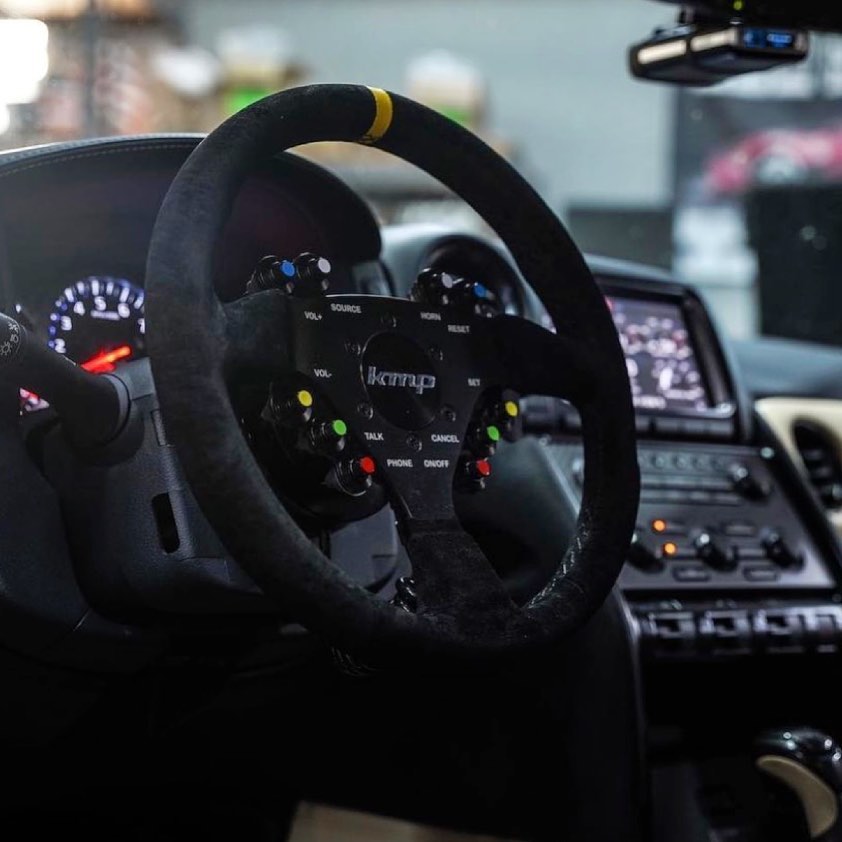 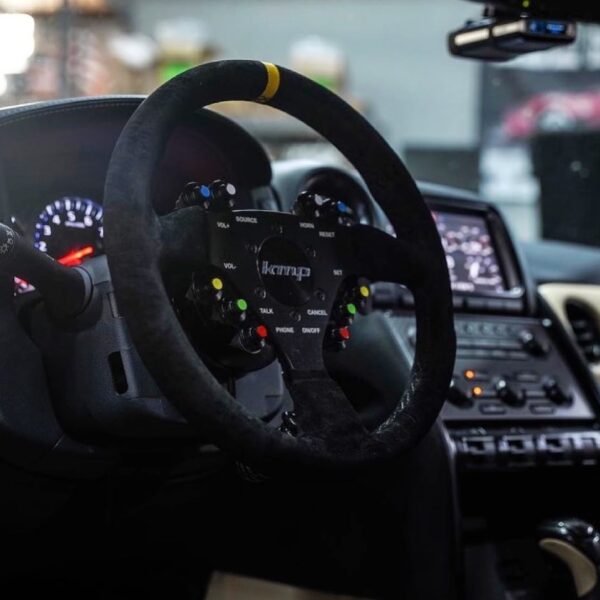 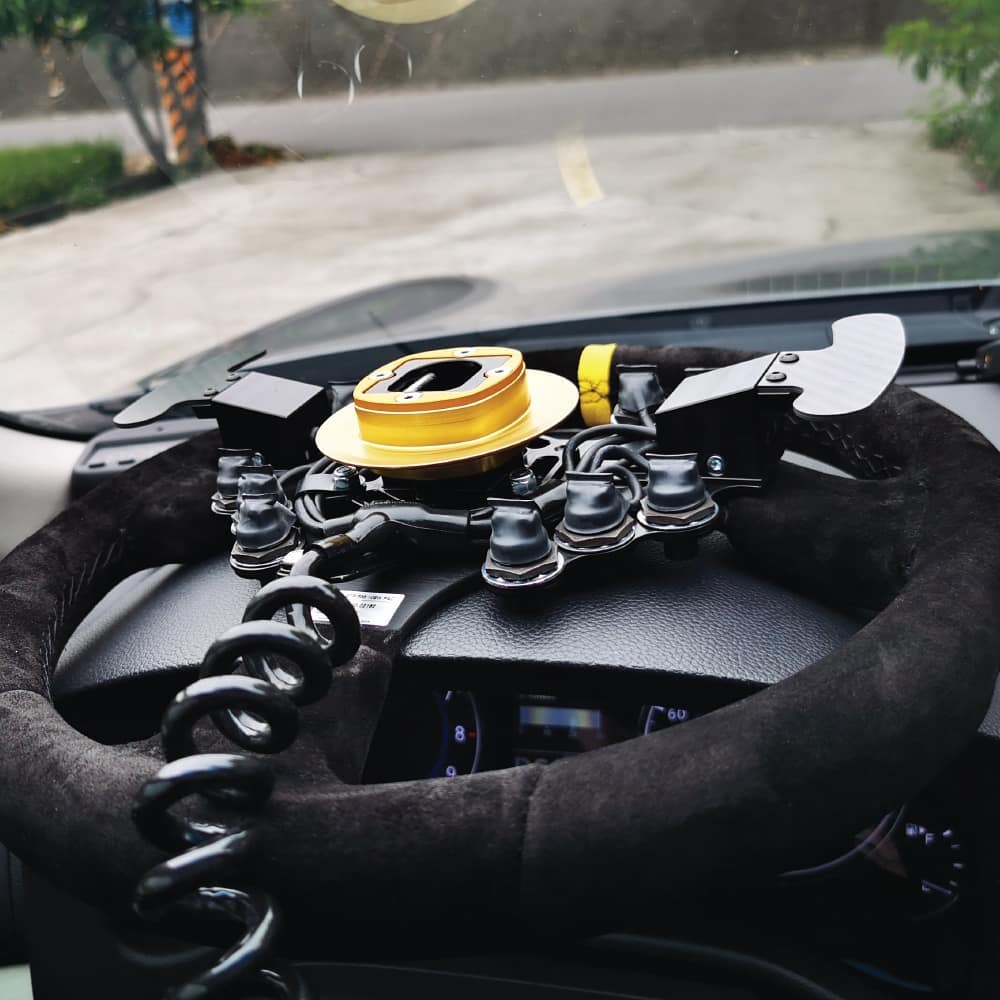 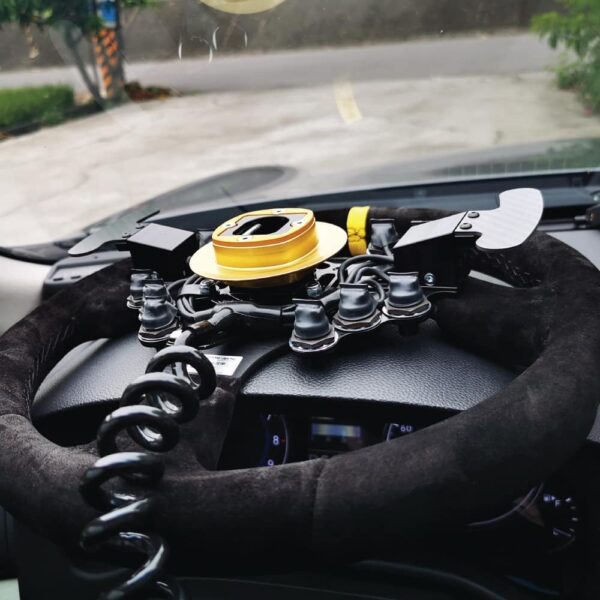 KMP has developed a truly plug and play racing wheel for the Nissan GT-R R35. The GTR OEM wheel can be replaced by the 330mm Alcantara steering wheel. There are multiple layouts available.

With the 10 and 4 button layout it is possible to use carbon motorsport paddles which are mounted on the steering wheel, instead of the steering column.  The standard version has a curly cable and a fixed aluminium spacer. This spacer can be replaced for a quick release. If you don’t prefer a curly cable, you can choose a quick release with integrated mil-spec connector.

*Do you want more in-depth information about our adapter options? Click . 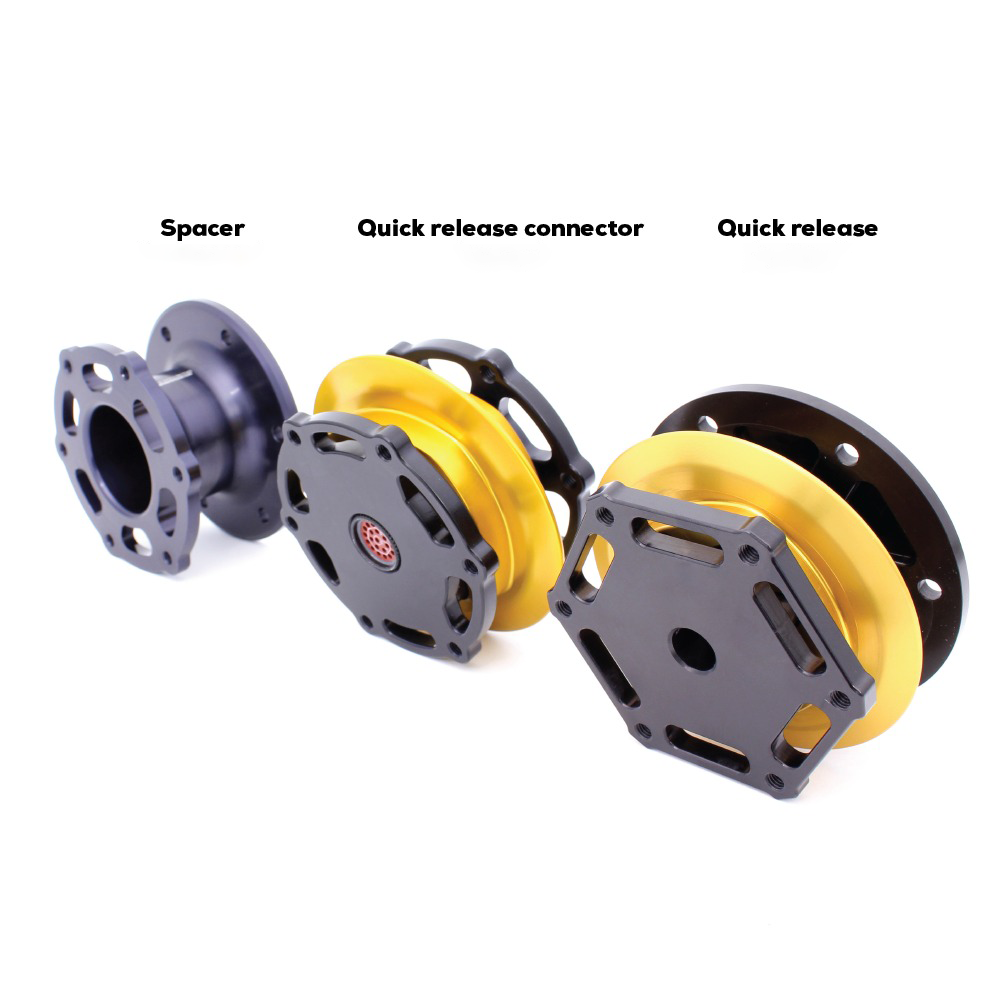 This is the standard fixed 44mm spacer. This will be mounted between the steering wheel and the steering hub. It is equipped with a curly cable to connect it to the in-car electronics. This option is often chosen because of regulations or to reduce costs.

When the wheel is equipped with a quick release, a plate stays on the steering hub, but your wheel can be easily taken off. It is also equipped by a curly cable with the in-car electronics. This option is often chosen because of easy accessibility reasons. With the curly cable, the wheel can be detached but not taken out of the car completely.

*The curly cable turns with the wheel hub. It doesn’t get tangled around the wheel, and it doesn’t even hit the indicators/cruise control/wipers.

The total height of the GTR Wheel assembly is exactly the same as the OEM wheel.

The 4 button layout has the following functions:
On/off, Cancel, Set and Reset

The 4+2 button layout has the same function as the 4 button layout, except there are two switched free to use. These buttons are switching to GND, and uses the hard-wired airbag wiring.