How to: Upshift data analysis

Full acceleration, almost at the RPM limiter, and hit the upshift paddle to change gear… within 80 milli seconds the engine is at full power again, and the next gear is engaged. After you hit the paddle, what happens is not ‘magic’. There is actually a very specific and advanced strategy used to shift pneumatically from one gear to another without using the clutch. Because there is a big difference between up and downshifting, I would like to write and advice only upshifting on this blog.

*In this article I assume you have basic knowledge about sequential gearboxes. If you want to refresh your memory, check this video (10 min.) from Engineering Explained! 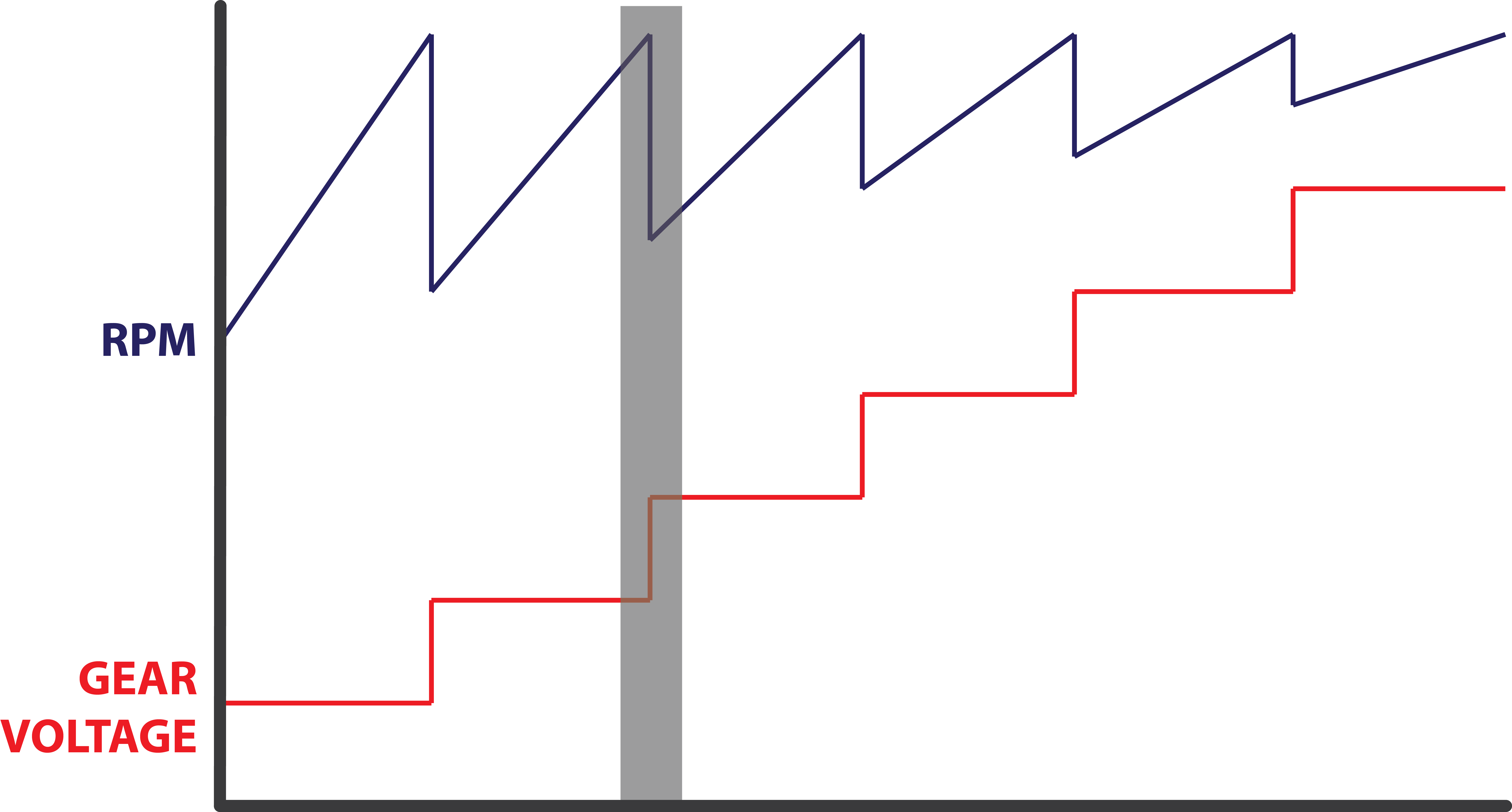 RPM Drop
With every upshift the RPM will drop, depending on the ratio of the current and next gear. We will focus on just one upshift, and see what is happening during this time. The gear voltage sensor is a rotary sensor which shows the exact position of the selector barrel. 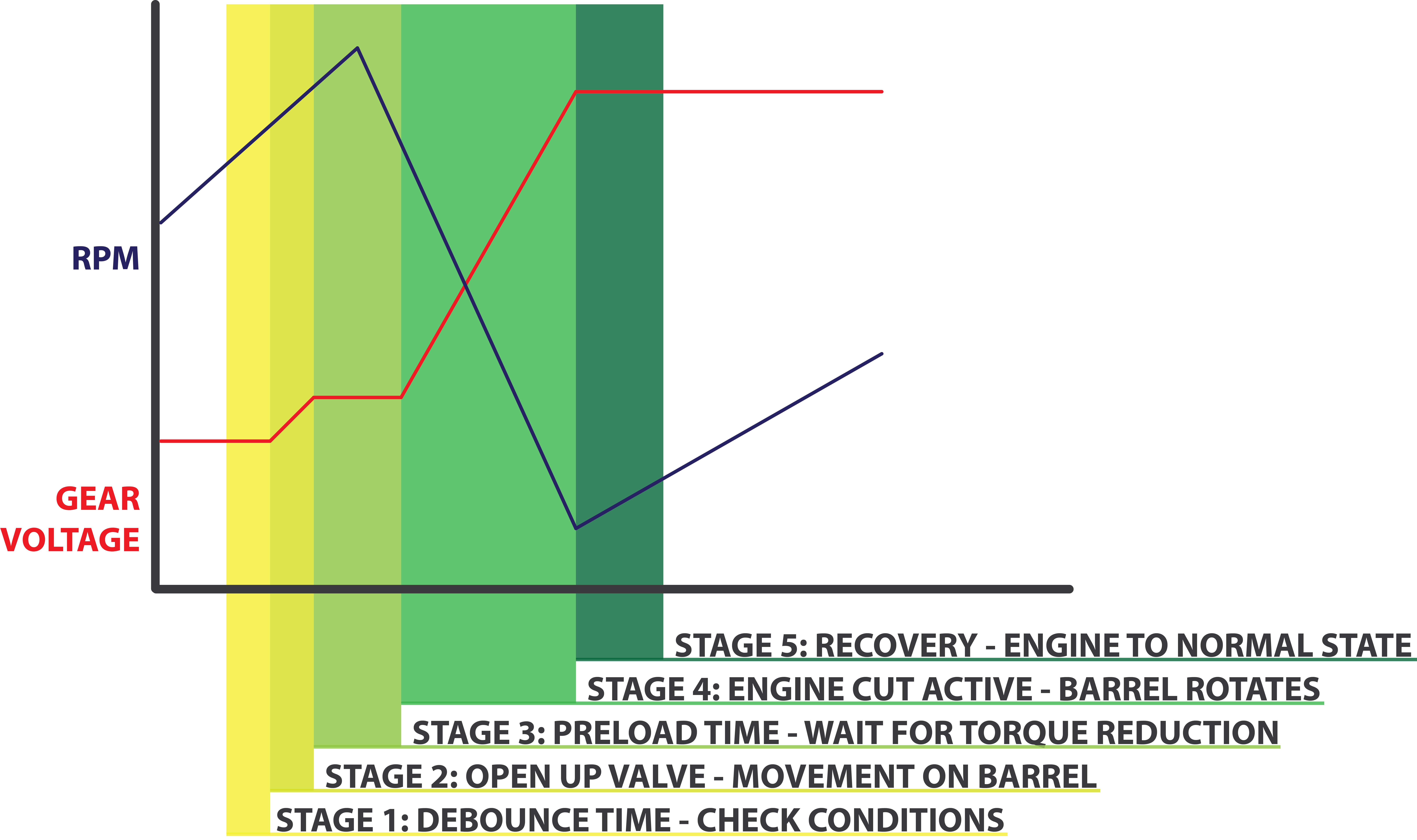 Stage 1
The up shift always starts with a condition check. There are some safety measures which will avoid initiating an upshift. If for example the driver is off-throttle, an upshift is not performed because there will not be any torque change if an engine cut (ignition interruption) is active (Advanced shift control can handle off-throttle upshift properly).

Stage 2
In this stage the up valve will open. The air hosing will be filled and the shift cylinder will push or pull the gearbox shift lever.

Stage 3
The third stage is called ‘preload time’. This is the time needed to get the shift cylinder on the correct pressure to perform a fast shift. The selector barrel starts to rotate.

Stage 4
Stage four is the power interruption stage. The engine RPM will drop because of the ignition/fuel cut, and the dog ring will be pulled out of gear. The time for this stage is fully dependent on the gearpot voltage. If the next gear is engaged, the next stage will be initiated.

Stage 5
The last stage is called the ‘recovery stage’. During this stage the engine returns to normal operation and the shift cylinder moves back to neutral position. During this stage a new shift is not possible.
All these five stages are usually performed within 50-80 milliseconds. This period is dependent on several factors, for example the RPM drop rate during an engine cut. If the RPM drops too slowly, the dogrings will not match and are unable to engage. 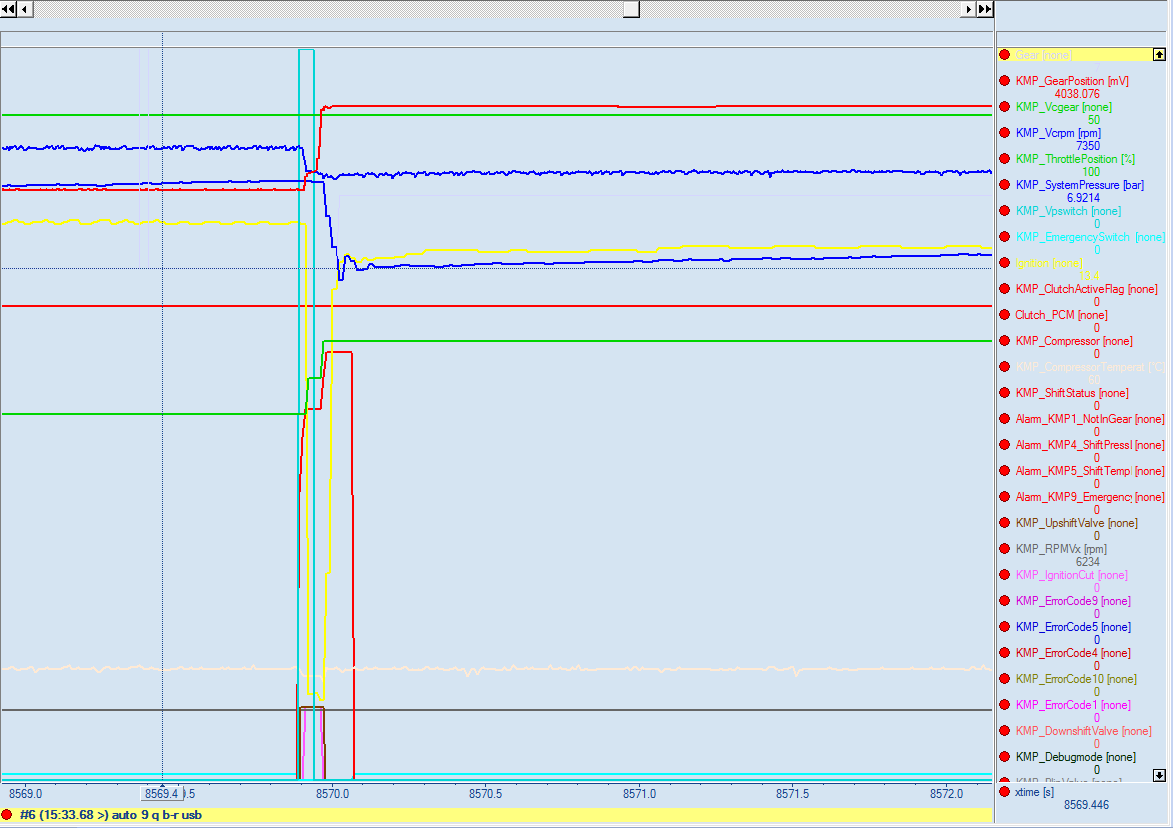 For the sake of simplicity, I did not mentioned all checks which are being done during each stage. To give you a feeling for milliseconds, I dare you to unlock your phone, open the stopwatch and try to stop it at 80 milliseconds (0,080 seconds). Within that time all stages of the gear-change have occurred and the engine is back to full power..